The European Commission has published on 22 December 2021 the legislative proposal for a Directive laying down rules to prevent the misuse of shell entities for tax purposes. The Unshell proposal (commonly referred to as ATAD III) is part of the Communication on Business Taxation for the 21st century adopted by the European Commission on 18 May 2021 which aims to promote a robust, efficient and fair business tax system in the EU (see article here).

While important progress has been made in the taxation area in the last years, especially with the adoption of the anti-tax avoidance directive (ATAD) and the expansions of scope of the directive on administrative cooperation (DAC), the EU Commission sees that legal entities with no minimal substance and economic activity continue to pose a risk of being used improperly for tax evasion and avoidance.

This proposal will tighten the screws on shell companies, establishing transparency standards so that the misuse of such entities for tax purposes can more easily be detected. Our proposal establishes objective indicators to help national tax authorities detect firms that exist merely on paper: when that is the case, the company will be subject to new tax reporting obligations and will lose access to tax benefits. This is another important step in our fight against tax avoidance and evasion in the European Union.

The proposed new rules will establish transparency standards around the use of shell entities so that their abuse can more easily be detected by tax authorities. Three levels of indicators coined as “gateways” will be used and if a company crosses all three gateways, it will be required to annually report more information to the tax authorities through its tax return.

The second gateway requires a cross-border element. If the company receives the majority of its relevant income through transactions linked to another jurisdiction or passes this relevant income on to other companies situated abroad, the company crosses to the next gateway.

The third gateway focuses on whether corporate management and administration services are performed in-house or are outsourced.

If an entity crosses all 3 gateways it will have to report to its tax authorities through the tax return, the “substance indicators” which include the premises of the company, its bank account, the tax residency of its directors and that of its employees. The declarations made will have to be accompanied by supporting documentation.

If an entity fails at least one of the substance indicators, it will be deemed to be a “shell“.

If an entity is deemed to be a shell entity, it will not be able to access tax relief and the benefits of the tax treaty network of its Member State and/or qualify for the treatment under the Parent-Subsidiary and Interest and Royalties Directives. The resident MS will either deny a tax residency certificate or the certificate will specify that the company has been deemed to be a shell.

Moreover, payments to third countries will not be treated as flowing through the shell entity and will be subject to withholding tax at the level of the entity that paid to the shell.

Entities deemed to be shell will still have the right to rebut the presumption by providing additional evidence, such as detailed information about the commercial, non-taxation reason of their establishment, the profiles of their employees and the fact that the decision-making takes place in the resident MS.

Exchange of information of in-scope companies

The Tax Authorities will automatically exchange information on all companies that fall within the scope of the Directive, regardless of whether these have been deemed to be shell companies or not.

The Unshell directive may have a direct effect to current corporate structures and given the positive momentum that we have seen in recent years with tax initiatives at the EU level it may be reasonable to expect that the directive will go through the EU approval phase. The team at SAGEHILL PARTNERS is available to help you out in your assessment of the impact of these draft proposals may have on your corporate structure and operations

Contact Us
← Prev: Deadline for provisional tax and second tax instalment 2021 Next: Using automated tools and techniques on audit planning → 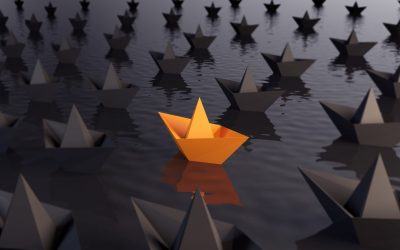 Exemption for submission of Personal tax return for tax year 2022

On 23 September 2022, the Council of Ministers issued a Decree in official Gazette which exempts individuals with...

The Tax Department of Cyprus announces that in accordance with the decision of the Members of Parliament, which will...